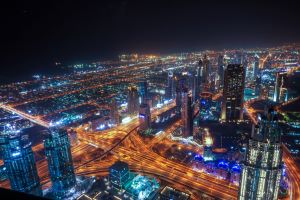 In this document we take a look at the possible impacts on the provision on long and short term bonuses and incentive plans of the Covid-19 pandemic and the ensuing lockdown.

One does not have to look very hard to see the unprecedented impact the current pandemic has had on the global economy thus far. As at the end of April the Nikkei, Dow Jones and FTSE 100 had all fallen by between 14% and 25% from their values just two months earlier. Oil prices have also plummeted to a 21 year low, with the price per barrel turning negative for the first time in history as the global economy ground to a halt. Many of the advanced economies of the world are expected to enter recession this year and the IMF have recently described the decline as the worst since the Great Depression of the 1930s.

This cataclysmic hit to the global economy is already being felt by millions of individuals across the globe as unemployment figures start to rise and job vacancy figures fall. By the end of April there were more than 30 million additional claimants for unemployment benefits in the US than at the start of March. In the UK the number claiming unemployment benefits soared in April by nearly 70% to 2.1m the largest percentage rise since the early 1970s when the comparable records began. These numbers are expected to climb as the true fallout of lockdown and social distancing unfolds. Against this backdrop are the current methods organisations use to reward and retain their staff still fit for purpose?

Traditionally short and long term incentives have been used to enhance staff reward packages whilst directing them to focus on desired behaviours and outcomes. The ultimate goal of which is to increase staff engagement and to tie unto the business the most productive staff. The methods for rewarding staff and the desired behaviours have varied between the two with short term incentives focusing on shorter term behaviours, as the name would suggest, such as annual sales targets, annual performance, compliance ratings. Long term incentives on the other hand have generally focused on medium to long term goals, 3 to 5 years, such as company growth, increase in market share, and cost reduction. Short term incentives have generally been seen across all levels of organisations whilst long term incentives with their more strategic focus generally are seen at the more senior levels within the organisation.

The way the payments from STIP and LTIP have been structured have varied significantly. STIP payments have generally taken the form of a one off cash payment made on a specific day after the end of the measurement period. LTIPs have generally had more complex payment methodologies with payments being staggered over a number of years and multiple criteria needing to be met before participants gain access to the next scheduled payment. LTIPs quite often contain an equity or pseudo equity element in their makeup.

From an individual business perspective what is the world going to look like post lockdown? The answer very much depends on what that business is doing. For those businesses with the flexibility and opportunity to take advantage of the opportunities the new world order will present, business may well improve. For most businesses however, one feels the next few years are going to be hard going. With massively reduced consumer confidence, increased unemployment and barriers to normal business, driven by the continued need for social distancing, company growth is going to be subdued at best and profits are going to be harder to come by.

There are some positives however, with increased unemployment and reduced job security it becomes an employers’ market. It should be cheaper and easier to recruit talented individuals and inflationary pressures on salaries will be much reduced. How does this impact on STIPs and LTIPs? This is a bit of a mixed bag. We will look at STIPs first. The value of STIPs over the next couple of years is going to be significantly reduced. For those schemes dependent on the company making profits before they pay out and those schemes based on corporate growth and sales growth, pay outs are likely to be reduced heavily if not absent entirely. It is generally agreed that it is much better to not have a STIP than to have one that doesn’t pay out.

The negative impact on staff of believing they are due a valuable lump sum at the end of the year then receiving little or nothing is significant. LTIPs are a slightly different proposition and how well they work and are perceived will very much depend on how they are structured and their start date. For new schemes set up post lockdown there is an argument that as the economy has already contracted significantly any schemes based on share price/company value ( TSR for example) will still deliver over the medium to long term. For those schemes currently running and set up pre 2020 it may be difficult for participants to hit any long term growth targets to enable them to benefit from the scheme. This is very much dependent of how the scheme is structured and how growth is measured across the period.

Again, being part of a scheme that doesn’t pay out due to circumstances out of anyone’s control can be hugely demotivating. If the scheme is being used to ensure senior staff remain within the business by dangling the promise of a large future payment ahead of them if they remain with the business and contribute to its success it is less likely to be successful in this if staff can see little likelihood that payment will materialise.

If one were being cynical and short-termist, one might just feel staff should be grateful just to have a job in these challenging times and that all staff in similar companies are going to be in the same position. Whilst this is possibly true, staff who are dissatisfied with where they work but stay due to a lack of opportunities elsewhere seldom give their best. Equally when the employment market does improve staff will remember your approach and may move on at their earliest opportunity.

Long term incentives would seem to have a real value at this point in time. Whereas there is no money or profit on the balance sheet to realise immediate payments as in the case of an STI, by linking staff reward to future growth, at a time when profits and growth are hard to come by and trading is challenging, staff engagement can be maintained, at minimal cost to the business and the costs associated with the scheme will be offset until such time as the business returns to profit.