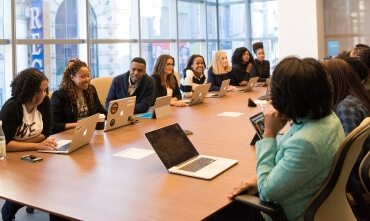 Written by Katy Marshall of TPHR

The ONS collects data on pay and ethnicity. The most recent survey, published in 2019 highlighted that:

The report also concluded that London has the largest pay gap, with ethnic minority groups earning on average 21.7 per cent less than white employees.

The ONS findings align with research published by Resolution Foundation in 2018 and UCL in 2019, which found BAME people are more likely to be in low paid jobs and had lower rates of employment than their white British counterparts.

The Government has recently concluded a consultation into the issue of ethnicity pay gap reporting, the findings have not been published yet. However, given that the government has also just suspended the requirement for employers to publish their gender pay gap calculations, will ethnicity pay gap reporting be kicked into the long grass? It seems it is likely that there will be some delay to the requirement given the current health situation, but with BAME issues again hitting the headlines due to #blacklivesmatter protests and the recent Gov.uk petition calling for ethnicity pay gap reporting reaching over 100,000 signatures, it seems the issue is something the government will not be able to delay indefinitely.

For this reason, we would recommend that employers start collecting and analysing their data now. Doing so will give you the ability to understand your data and start making changes, if necessary, to improve your pay framework and avoid negative publicity when the time comes to start reporting your figures.

At Turning Point HR Solutions, we have been ahead of the game in this space for some time. Our software solutions have had the capability to enable pay gap reporting on the grounds of ethnicity (and ALL other protected characteristics) for many years. We also have a team of consultants who can advise you on what data to collect, how to collect it, the steps you can take to improve fairness and outcomes, reduce your ethnic pay gap and improve levels of productivity and motivation in your teams.

Get in touch with us to find out more, and remember, we have no preconceptions – we love everybody!